I always get a kick out of the yearly lists about what college freshmen don't have any idea about, because they were born after these things became obsolete.  Here is this year's list.

Most students entering college for the first time this fall—the Class of 2014—were born in 1992.
For these students, Benny Hill, Sam Kinison, Sam Walton, Bert Parks and Tony Perkins have always been dead.

1. Few in the class know how to write in cursive.
2. Email is just too slow, and they seldom if ever use snail mail.
3. “Go West, Young College Grad” has always implied “and don’t stop until you get to Asia…and learn Chinese along the way.”
4. Al Gore has always been animated.
5. Los Angelinos have always been trying to get along.
6. Buffy has always been meeting her obligations to hunt down Lothos and the other blood-suckers at Hemery High.
7. “Caramel macchiato” and “venti half-caf vanilla latte” have always been street corner lingo.
8. With increasing numbers of ramps, Braille signs, and handicapped parking spaces, the world has always been trying harder to accommodate people with disabilities.
9. Had it remained operational, the villainous computer HAL could be their college classmate this fall, but they have a better chance of running into Miley Cyrus’s folks on Parents’ Weekend.
10. A quarter of the class has at least one immigrant parent, and the immigration debate is not a big priority…unless it involves “real” aliens from another planet.
11. John McEnroe has never played professional tennis.
12. Clint Eastwood is better known as a sensitive director than as Dirty Harry.
13. Parents and teachers feared that Beavis and Butt-head might be the voice of a lost generation.
14. Doctor Kevorkian has never been licensed to practice medicine.
15. Colorful lapel ribbons have always been worn to indicate support for a cause.
16. Korean cars have always been a staple on American highways.
17. Trading Chocolate the Moose for Patti the Platypus helped build their Beanie Baby collection.
18. Fergie is a pop singer, not a princess.
19. They never twisted the coiled handset wire aimlessly around their wrists while chatting on the phone.
20. DNA fingerprinting and maps of the human genome have always existed.
21. Woody Allen, whose heart has wanted what it wanted, has always been with Soon-Yi Previn.
22. Cross-burning has always been deemed protected speech.
23. Leasing has always allowed the folks to upgrade their tastes in cars.
24. “Cop Killer” by rapper Ice-T has never been available on a recording.
25. Leno and Letterman have always been trading insults on opposing networks.
26. Unless they found one in their grandparents’ closet, they have never seen a carousel of Kodachrome slides.
27. Computers have never lacked a CD-ROM disk drive.
28. They’ve never recognized that pointing to their wrists was a request for the time of day.
29. Reggie Jackson has always been enshrined in Cooperstown.
30. “Viewer Discretion” has always been an available warning on TV shows.
31. The first computer they probably touched was an Apple II; it is now in a museum.
32. Czechoslovakia has never existed.
33. Second-hand smoke has always been an official carcinogen.
34. “Assisted Living” has always been replacing nursing homes, while Hospice has always been an alternative to hospitals.
35. Once they got through security, going to the airport has always resembled going to the mall.
36. Adhesive strips have always been available in varying skin tones.
37. Whatever their parents may have thought about the year they were born, Queen Elizabeth declared it an “Annus Horribilis.”
38. Bud Selig has always been the Commissioner of Major League Baseball.
39. Pizza jockeys from Domino’s have never killed themselves to get your pizza there in under 30 minutes.
40. There have always been HIV positive athletes in the Olympics.
41. American companies have always done business in Vietnam.
42. Potato has always ended in an “e” in New Jersey per vice presidential edict.
43. Russians and Americans have always been living together in space.
44. The dominance of television news by the three networks passed while they were still in their cribs.
45. They have always had a chance to do community service with local and federal programs to earn money for college.
46. Nirvana is on the classic oldies station.
47. Children have always been trying to divorce their parents.
48. Someone has always gotten married in space.
49. While they were babbling in strollers, there was already a female Poet Laureate of the United States.
50. Toothpaste tubes have always stood up on their caps.
51. Food has always been irradiated.
52. There have always been women priests in the Anglican Church.
53. J.R. Ewing has always been dead and gone. Hasn’t he?
54. The historic bridge at Mostar in Bosnia has always been a copy.
55. Rock bands have always played at presidential inaugural parties.
56. They may have assumed that parents’ complaints about Black Monday had to do with punk rockers from L.A., not Wall Street.
57. A purple dinosaur has always supplanted Barney Google and Barney Fife.
58. Beethoven has always been a dog.
59. By the time their folks might have noticed Coca Cola’s new Tab Clear, it was gone.
60. Walmart has never sold handguns over the counter in the lower 48.
61. Presidential appointees have always been required to be more precise about paying their nannies’ withholding tax, or else.
62. Having hundreds of cable channels but nothing to watch has always been routine.
63. Their parents’ favorite TV sitcoms have always been showing up as movies.
64. The U.S, Canada, and Mexico have always agreed to trade freely.
65. They first met Michelangelo when he was just a computer virus.
66. Galileo is forgiven and welcome back into the Roman Catholic Church.
67. Ruth Bader Ginsburg has always sat on the Supreme Court.
68. They have never worried about a Russian missile strike on the U.S.
69. The Post Office has always been going broke.
70. The artist formerly known as Snoop Doggy Dogg has always been rapping.
71. The nation has never approved of the job Congress is doing.
72. One way or another, “It’s the economy, stupid” and always has been.
73. Silicone-gel breast implants have always been regulated.
74. They’ve always been able to blast off with the Sci-Fi Channel.
75. Honda has always been a major competitor on Memorial Day at Indianapolis.
Posted by Sam's Minions (aka parents- Angie and Brian) at 12:31 PM No comments:

Jay and Andrea, my wonderful in-laws, came over after having brunch with us at a local restaurant on Sunday afternoon and watched Sam while we got a bunch of cleaning done. While they took Sam to the local park we were able to:

- Clean the kitchen
- Clean both bathrooms
- Sort, fold and put away the piles of laundry that were covering the couch (I almost forgot the couch's color it was so covered)
and
- Start uncovering the dining room table from all of the paper. I should be able to complete that after Sam goes to bed tonight.

Unfortunately, since the swings were black and in the sun, they weren't able to put Sam on the swings so they hung out in the grass under a tree. I knew that Brian didn't like sitting in the grass because he is worried that people would have spit right where he was going to sit, but we really hadn't put Sam in grass very often.

What a funny little boy. We might have to get him used to the grass this weekend when we are in Longmont cheering Brian on during his ADA Tour de Cure.
Posted by Sam's Minions (aka parents- Angie and Brian) at 9:50 AM No comments:

I have not been up on this blog as much as I have been in the past. Our family has taken a turn toward healthy living and we are committed to that right now.

I started my current weight loss journey in mid-May and have lost over 23 lbs in 11 weeks. The #1 reason for my success, running. I am training to run the Rock 'n' Roll Denver Half Marathon in October and you have to put the miles in to train effectively. 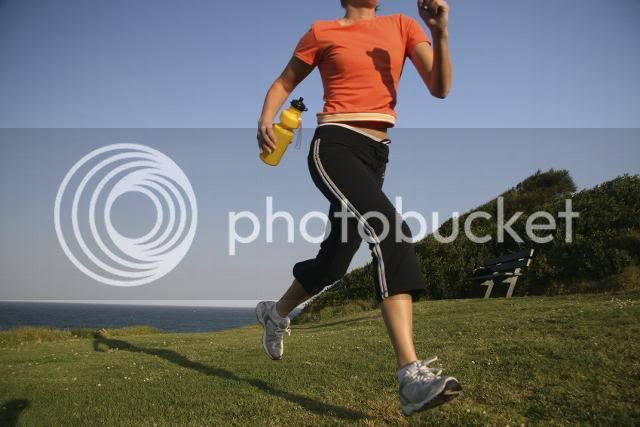 The #2 reason for my success is that I have changed the quality (and quantity) of food that I eat and when, during the day, that I eat. I have pushed protein to breakfast and snack on garbanzo beans instead of potato chips and carbs throughout the day. I stay fuller, longer and have a much more sensible dinner.

My husband is becoming more fit, too. He does not follow his weight as closely and I have, but he can tell that his clothes are fitting better. His success has been training for a 50k (31 mile) charity bike ride for the Diabetes Tour de Cure. Weekly, I map out 10, 15, 20 and (this weekend) a 25-26 mile course to help him get used to being on a bike for several hours. He race is in Longmont, CO on Saturday, August 21st. If you are in the Denver area, come out to support the cause.

With my training, I have become preoccupied with my other blog, Mission Probable which I collect fitness, nutritional and racing articles. I also use this blog to record my training sessions and record my weight, weekly.

I have also adjusted the blogs that I read (which used to be about family related issues and are now about running and fitness), the twitter feeds that I follow and the Facebook pages that I "like." 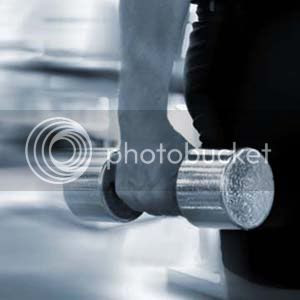 The one thing that is currently missing from my fitness routine is weight lifting. Within my building, there is a small fitness room which has some weight machines, a stationary bike, a treadmill, elliptical machine and a stair stepper (which I will probably not EVER got on). Cardio is a great way to start to get to my goal, but I know that I will need to add weight bearing exercises as well.

We have free weights at the house. I should probably pull some out and bring them upstairs so that I don't have any excuse not to use them. I just need to make sure that Sam does not start playing with them. Steel is not a food group.

Please feel free to visit my fitness blog and if you are interested in donating to charity, here is a link to support Brian's charity bike ride for Diabetes.
Posted by Sam's Minions (aka parents- Angie and Brian) at 12:23 PM No comments: 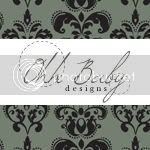