We had Grandma and Grandpa watch Samuel so that we could go out with friends in Louisville and see the Smithereens in concert. Obviously, it wasn't a very large venue, but it was a nice show.

Before they started playing their few popular songs, we headed over a few blacks and had BBQ. Really good BBQ. 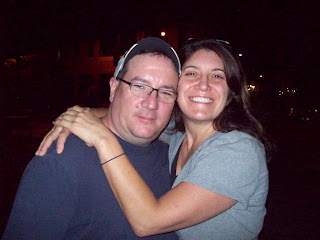 After the main concert, we walked over to an area where a band was sent up and, for being so young, they were pretty good. 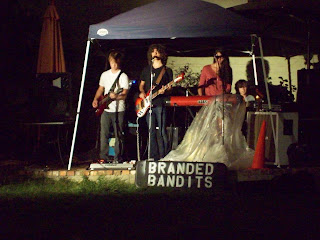 I hope that we sent another night like this with our friends.
Posted by Sam's Minions (aka parents- Angie and Brian) at 2:47 PM

Thank you so much for visiting our family adventure.